The Top Places to See Northern Lights from National Parks 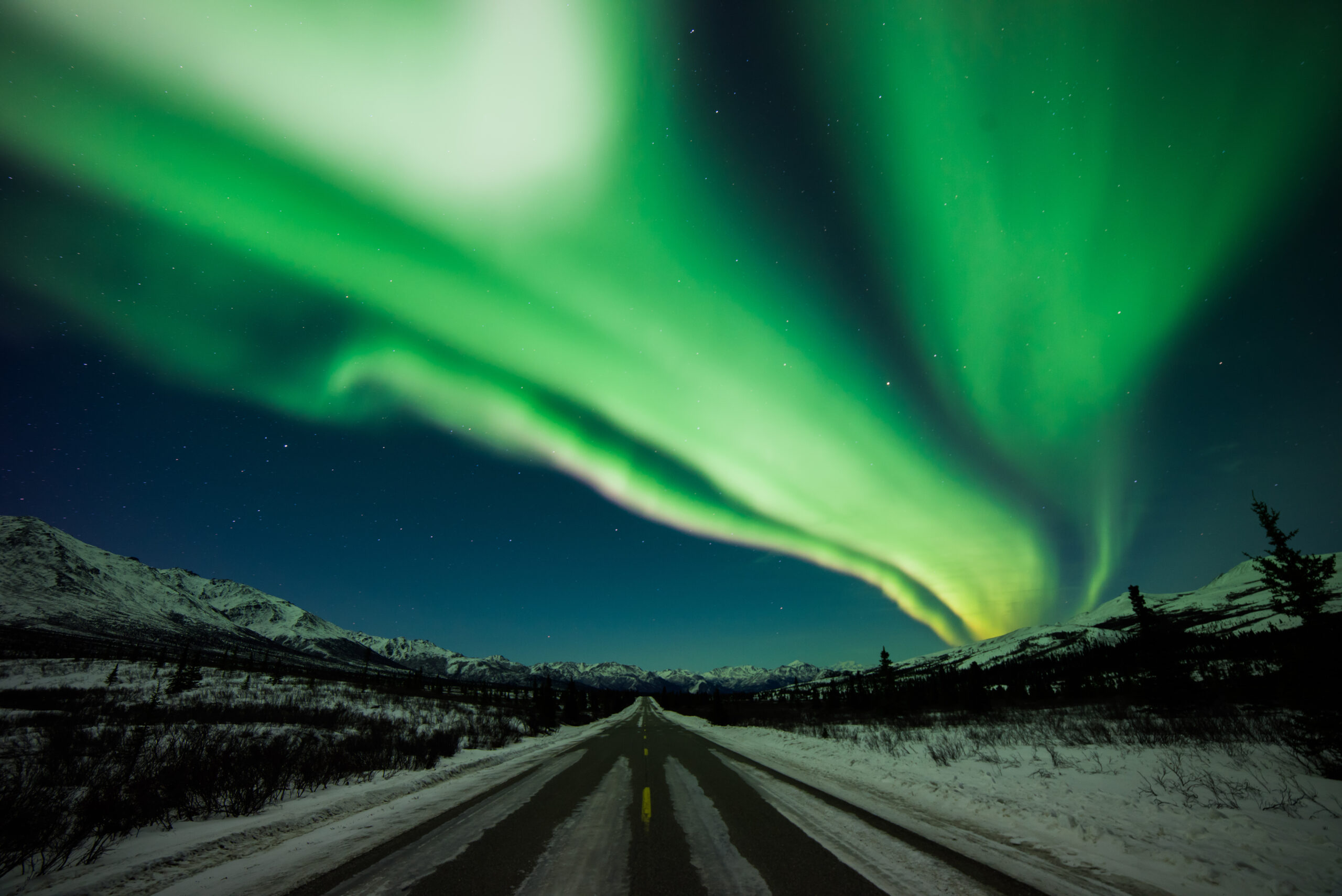 Seeing northern lights dance in the night sky is one of the highlights of fall and winter park visits, as longer nights make for better conditions for this spectacular light display to take place. Wondering where to see them at their best? Go to these eight national parks.

Few natural phenomena pack the jaw-dropping power of northern lights, otherwise known as aurora borealis in northern latitudes and aurora australis in the south. The other-worldly light shows occur when particles from solar winds collide with atoms in the Earth’s atmosphere, causing them to light up the night skies with swirls of green, purple, red, and orange.

Your odds of witnessing an aurora event are better the farther north you go—which makes Alaska your best bet to see northern lights in the U.S. However, several National Parks in the northern reaches of the Lower 48 regularly experience northern lights when the conditions are right. We’ve rounded up eight terrific places to see them from Alaska to Maine, with forecasting tools to help you plan ahead.

How Northern Lights are Forecast

Northern lights activity is measured on a Kp-Index scale of 0—9. The higher the Kp-Index, the better the likelihood that you’ll see northern lights. Generally speaking, the farther south you are, the higher the index needs to be before you can observe lights. For parks south of Alaska, you’ll want a Kp-Index of 5 or above for optimal viewing. Several websites provide Kp-Index northern light forecasts for the Northern Hemisphere. Two of the best, NOAA and the University of Fairbanks Geophysical Institute, will alert you to prime viewing times.

Clear, dark skies are essential to seeing northern lights. While the light shows are relatively common year-round in Alaska, it takes a little extra solar activity to observe them in more southern regions. In the Lower 48, peak viewing starts in late-September and runs through early April, as nights are longer. December to March is truly optimal, however. You’ll just need to bundle up outside. Solar activity also goes through 11-year cycles: The highest solar activity in the current cycle is expected in the fall and winter months of 2024/2025. That’s plenty of time to plan a trip to one of our picks for the best places to see northern lights.

This six-million-acre National Park in Alaska is considered the absolute best place to see northern lights: The nearest city, Anchorage, is more than two hours away, making this vast swath of wilderness virtually free of light pollution, no matter which lodge or campground you’re staying in. And its northern subarctic location and long nights mean the likelihood of seeing the lights is much greater here than any park in the Lower 48. Some park lodges will even sound a bell when the lights appear and give you a wake-up call, if you request one.

The skies above this remote, watery Minnesota park are prime for viewing northern lights when the conditions are right, thanks to its lack of manmade light pollution. Voyageurs is heavily forested, however, so make sure to find a spot that’s clear of trees and branches, for a wide view of the horizon. According to rangers, the best places for northern lights viewing here include Rainy Lake Visitor Center, the Ash River Visitor Center, the parking lot at Voyageurs Forest Overlook, Woodenfrog Beach, and virtually every campsite.

Because the nearest city lights are hours away, Montana’s Glacier National Park has some of the most pristine night skies for northern lights viewing—so much so, it’s been designated an International Dark Sky Park by the International Dark Sky Association. Even though the park’s famous main road—the Going-to-the-Sun Road—is closed in winter, you can still access St. Mary Lake in the east part of the park and Lake McDonald in the west, for wide views to the light-streaked northern skies.

Along with Montana and Alaska, North Dakota is one of the least-populated states in the nation, with very little light interference at night. When the conditions align—a cloudless sky with a Kp-Index forecast of 5 or more—the aurora borealis can be clearly observed here. The park and its two campgrounds stay open year-round (though with limited services in winter). Once the skies are dark, you’ll easily find a spot away from the campground with a clear view to the north.

This national seashore, on the northernmost tip of Wisconsin, is a great spot to witness northern lights if the Kp-Index shows a spike in activity. While commercial cruises don’t run to the islands themselves in winter, Meyers Beach and Sand Bay, two of the park’s mainland Lake Superior access points, are just 40-odd minutes from Ashland. Once there, gaze northward for terrific wide-open views across the lake. And, if you’re lucky, water reflections of dancing lights.

Check the Kp-Index if you’re in the Seattle area or planning a trip to North Cascades National Park. Unlike Olympic and Mount Rainier parks, North Cascades sits far enough from the city that manmade lights don’t interfere with stargazing and aurora-watching. It’s also among the least-visited national parks in the country, with relatively few roads and hiking trails through wilderness packed with forested mountains, alpine lakes, and rushing streams. While northern lights here aren’t commonplace, you can get lucky. If you do, find an unobstructed viewing place to the north.

Due to urban density, dark skies are hard to come by in the Northeast. That’s what makes Acadia, hours from the nearest city in Maine, one of the best places on the East Coast for stargazing—and, if there’s a solar flare forecast, one of the best spots to see the northern lights. Get lucky with timing, and you may see them during the park’s glorious fall season. Cadillac Mountain is closed to vehicles during the winter, but hiking to the top will reward you with panoramic views of the northern horizon. If you want to skip the hiking, Jordan Pond is another great spot and is accessible by car.

Spread across the northern shoreline of Michigan’s Upper Peninsula, this national lakeshore offers superb dark skies and unobstructed views to the north across Lake Superior—perfect conditions for viewing northern lights when solar activity spikes. The catch? Many roads close in winter due to snow, drive-in campgrounds are the only places to overnight, and you’ll need to pack-in your food, too (there are no restaurants, either.) The upside? No man-made distractions of any kind.

>> Next: 8 Out-of-this-World Parks for Star-Gazing