The Best New Books to Gift National Park Lovers in 2020 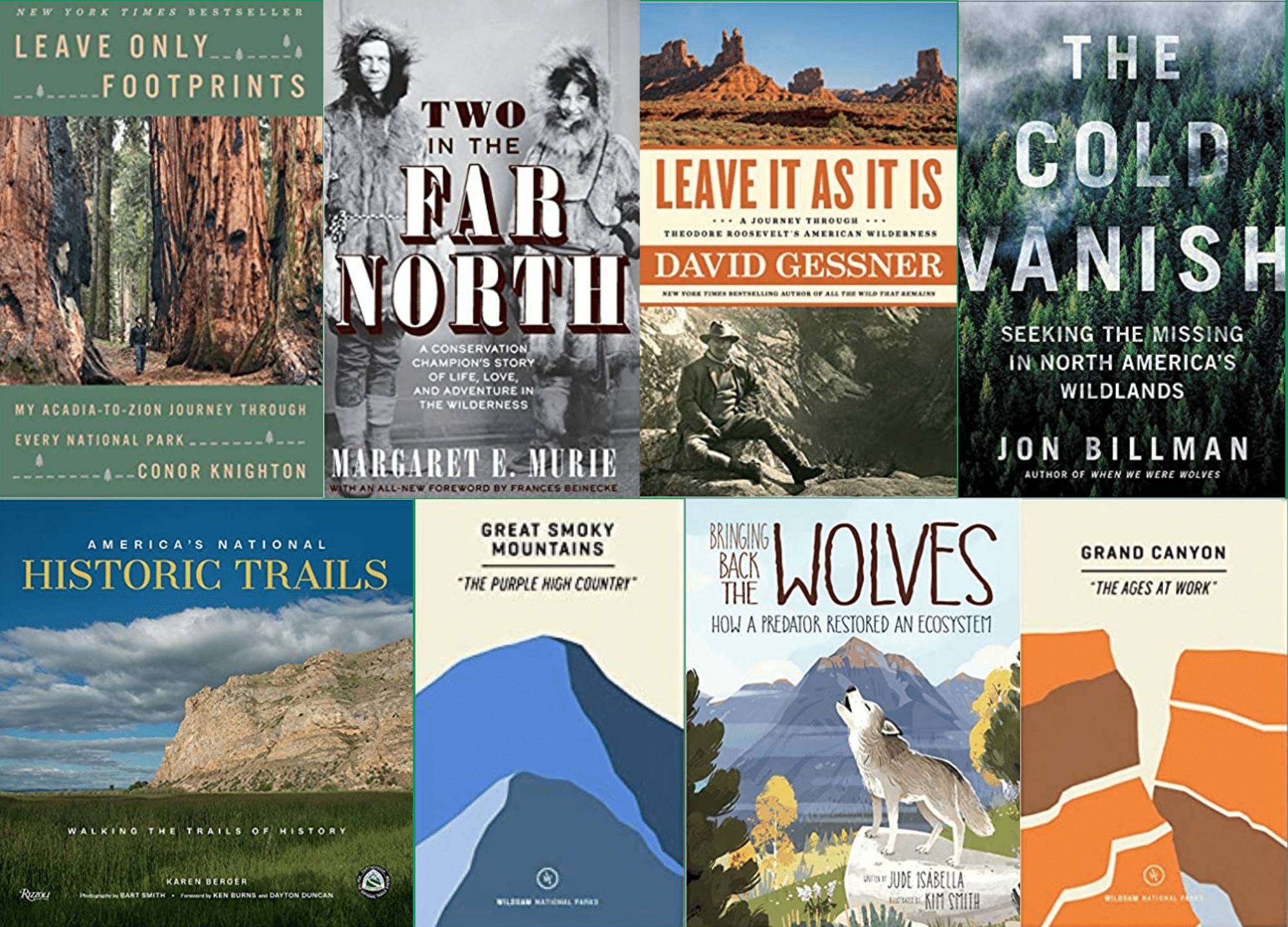 We’ve rounded up our favorite new National Park and conservation books published in 2020, just in time for holiday gifting. From page-turning memoirs to illustrated kids’ books, these nine new books are sure to thrill every National Park lover on your list this year.

1. Leave Only Footprints: My Acadia to Zion Journey Through Every National Park, Conor Knighton

The impulse to travel can come from many places, but journeys that spring from a broken heart have a special gravity. CBS Sunday Morning correspondent Conor Knighton’s decision to make a yearlong pilgrimage to all National Parks came following a 2016 breakup, which lends this book (published in April 2020) a sweet and often rueful tone. The trip became a form of therapy, and signaled a new beginning for Knighton. The book, a New York Times bestseller, is not a guide to the National Parks, but rather a very personal travelogue by a writer who loves the parks and knows them well. Knighton’s smart, conversational writing carries readers along on the journey, making them feel like his travel companion. 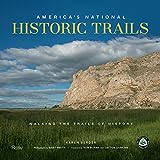 Plans for your next hike or road trip could start just by opening this book. The U.S. has designated 19 very different trails as the country’s most historically significant, ranging from the circuitous 3,000-mile journey Captain John Smith and his men took as they mapped the Chesapeake Bay to the 54-mile walk from Selma to Montgomery taken by freedom fighters of the Civil Rights movement. This 320-page book, published in October 2020, documents all of these protected roads, and the journeys that changed the character of the country, through stunning photography and a forward by Ken Burns.

3. Leave It As It Is: A Journey Through Theodore Roosevelt’s American Wilderness, David Gessner

David Gessner has made a career of mingling history with environmentalism, so a nature-focussed biographical sketch of President Teddy Roosevelt provides a rich vein to mine. Taking a road trip through the West that roughly duplicates journeys undertaken by T.R., Gessner meanders along the legacy and lessons the President-naturalist left behind in this new book, published August 2020. Not every chapter is a hagiography—Gessner doesn’t shy away from Roosevelt’s mistreatment of Indigenous peoples, for example—but the positives of Roosevelt’s courageous conservationism and his long-lasting gift of the National Park System far outshine any negatives.

4. Two in the Far North: A Conservation Champion’s Story of Life, Love, and Adventure in the Wilderness, Margaret E. Murie and Frances Beinecke

Originally published in the late-1950s, this memoir follows the life of Margaret E. Murie, one of the founding mothers of wildlife conservation. Murie arrived in Alaska as a child in 1911 when the last flush of gold fever still lingered in Fairbanks, and later married biologist Olaus Murie, the other of the ‘Two’ in the title. Her memoir, newly revised and republished (6th edition, March 2020), describes the couple’s off-the-grid existence in the Alaskan wilderness, an experience that inspired them to become vocal advocates of keeping Alaska wild and free. Murie’s conservation legacy is honored in the foreword to the new 2020 edition, written by Frances Beinecke, the former head of the National Resource Defense Fund.

5. Bringing Back the Wolves: How a Predator Restored an Ecosystem, Jude Isabella (author), Kim Smith (illustrator)

Yellowstone National Park’s wolf population was successfully hunted to extinction in the late-19th century at the behest of ranchers and the U.S. government. The relatively sudden removal of the park’s top predator threw Yellowstone’s ecosystem out of balance—the wolves’ primary prey boomed in population and food became scarce. Scientists began carefully reintroducing grey wolves back into Yellowstone in 1995 and the park’s ecosystem began to bounce back, too. This sweetly illustrated, 40-page book (published March 2020) traces the wolves’ arc, engaging kids on biodiversity by giving them a success story to focus on.

The perfect holiday gift for beach lovers and whale watchers alike, the Smithsonian Institute imprimatur hints at the scholarship behind the 175 glossy pages of photos inside this new book, published in October 2020. It’s a lively and visual introduction to the 14 protected underwater ecosystems that form part of the U.S. National Marine Sanctuary System that ranges from the Florida Keys to Papahānaumokuākea, a Hawaiian national monument larger than all of the National Parks combined. Sigourney Weaver, the nautical guide of Finding Dory, provides the forward.

Wildsam first began publishing travel guides in 2012 and their brave new venture quickly become the favorite companion of urbane travelers seeking a smart, hip, and local slant. Their new National Parks series ambitiously kicked off this past summer with guides to the Grand Canyon and Great Smoky Mountains (published in July and August, respectively), two of America’s best-known and most-visited parks. Like all Wildsam guides, they offer enough practical information to make a park trip happen alongside engaging backgrounders on local history, nature, and park personalities.

Like most of us, writer Jon Billman has a hard time looking away from stories of disappearances, especially those that take place in the wilderness. You see the headlines every year—reporting a hiker emerging from the woods after weeks spent lost, or a body uncovered by children playing in an overgrown field. Billman ventures deep into the topic in this book, published July 2020, taking the unsolved disappearance of Jacob Gray in Washington State’s Olympic National Park as the framework for a beautifully written and disturbing work.

>> NEXT: Discover and Shop Local Artisans of the National Parks