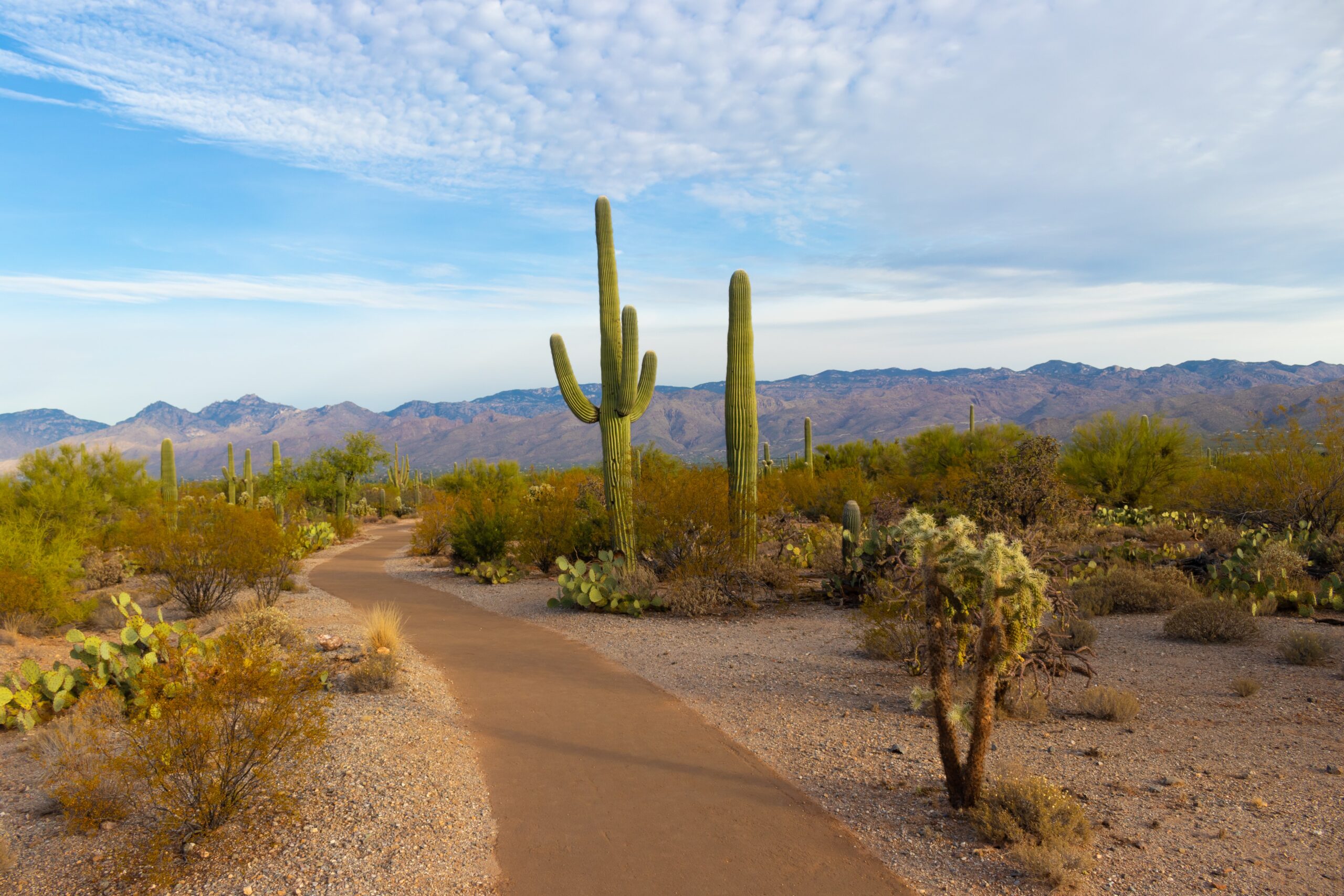 Popular national parks can get crowded, in a normal year. Visit these less-visited alternatives for similar natural wonders and a fraction of the crowds.

It’s no secret that National Parks can get crowded. Even in a normal year, visiting the country’s top parks regularly involves traffic jams and packed lookouts, especially in peak season. Add on this year’s COVID-19 realities and social-distancing mandates, and popular parks are, not surprisingly, more strained than ever. Fortunately, there are captivating alternatives. Many less-visited national parks boast similar natural and geological features to their better-known counterparts. You just have to know where to go. We’ve paired seven popular parks with comparable, less-visited options that are absolutely worth exploring. Just be sure to check the park’s reopening status before you go.

The Great Smoky Mountains consistently draws the most park visitors every year, by a lot. Over 12 million people passed through its gates in 2019—more than double the Grand Canyon’s numbers, the second-most visited park in the system. Quieter Shenandoah National Park, 469-miles north in Virginia, drew 1,425,507 visitors last year (or, 11% of the Smokies’ crowds) and is similarly steeped in Appalachian history, pastoral landscapes, and gorgeous mountain views. Conveniently, both parks are connected by the stunning Blue Ridge Parkway, so you can do both in one trip.

When to Go: Fall for exploding foliage. Park staff typically start a “Fall Color Report” the last week in September to track peak foliage (which often happens in October). The weather remains temperate into November, so you can always plan a late-season camping trip.

Don’t Miss: Skyline Drive, one of the most scenic park drives in the system. But do get out of the car, too. 105 miles of the 2,200 Appalachian Trail lie within Shenandoah’s boundaries. Not only can you hike lodge-to-lodge here, you can also join Twilight Hikes led by Shenandoah Mountain Guides on select nights.

If a canyon is what you’re after, head to Central California’s Kings Canyon National Park. At 8,200 feet, the spectacular gorge here is deeper than the Grand Canyon, and far-less crowded besides—with 632,000 visitors last year to the Grand Canyon’s 5.9 million. Many views can be seen from the car, but the best vistas can really only be had by hiking, which you’ll be able to do in near-solitude on most trails. Walking amid the park’s towering sequoia trees is itself a joy, especially on the Sugar Bowl Loop through Redwood Canyon, one of our favorite hikes.

When to Go: June to August are peak months to visit. For even fewer crowds, visit in May or early June, when spring wildflowers are starting to bloom and park waterfalls gush with fresh melt.

Don’t Miss: Driving the 30-mile (one-way) Kings Canyon Scenic Byway, one of our top scenic drives in National Parks. The road pops with dramatic scenery, from cascades and granite peaks, to towering sequoia trees and the Kings Canyon River itself. The canyon’s deepest point is about 15 miles inland from Grant Grove Village. Before you go, download the park’s app to make the most of the drive, as cell service is often limited.

Utah’s first park, Zion, is also its most-visited: 4.48 million visitors arrived in 2019, most of them packing into park shuttles and trailheads from spring through fall. In contrast, Canyonlands, the least-visited of Utah’s five national parks, received just 733,000 visitors last year. The 337,280 acre park in Southeastern Utah teems with spectacular canyons formed by the Colorado River. There’s world-class rafting and mountain biking galore, most notably in Cataract Canyon and the White Rim Trail. While you can see many park highlights in one day, you’ll miss out on miles of spectacular, untouched terrain, amazing sunsets, and astonishing night skies.

When to Go: Spring and fall offer the best weather, but winter has its own charms, with snow-capped mountains and even fewer crowds.

Don’t Miss: The 360-degree views at Grand View Point, down into the deep canyons of the Colorado and Green Rivers. While you could just stop at the viewpoint, the easy two-mile trail that rims the edge offers even bigger vistas. Another easy trail, the half-mile Mesa Arch Trail, is also worthwhile, especially if you’re skipping Arches National Park, to see one of Utah’s iconic natural arch windows frame an 800-foot drop.

If you thought Yellowstone was the only park with mudpots, hot springs, and fumaroles, think again. Lassen Volcanic National Park, in Northern California, has similar hydrothermal features, and a fraction of the crowds, attracting 517,039 visitors last year to Yellowstone’s 4,020,288. You’ll have to work a bit harder to see the highlights here, as park roads don’t access them all quite as conveniently as Yellowstone. The park’s 185-mile Volcanic Legacy Scenic Byway comes close, though, as it courses past lava fields and bubbling hot springs within sight of volcanic peaks. Lassen Peak, the plug dome of the park’s volcano, last erupted in 1917, but is still considered active. Panoramic views from its 10,457-foot summit are worth the strenuous 5-mile round-trip hike up its slopes.

When to Go: Snowfall in this part of California means most roads are closed from late October to mid-June (and sometimes later). Higher elevation trails can often stay closed until late June or July. Visit from July to September for the best park access.

Most of Acadia is on Mount Desert Island, with its rocky shoreline abutting the Atlantic Ocean. Lake Superior’s Isle Royale National Park is similarly island-based. And while it may lack Acadia’s salty Maritime air, it more than compensates with rocky shores and unspoiled wilderness of coniferous forests. As the least-visited park in the Lower 48, it also offers true solitude—just 26,000 souls explored its shores in 2019, whereas Acadia welcomed 3,437,286. The largest island in the world’s largest freshwater lake, Michigan’s lone national park is accessible only by ferry from departure points within the state or in neighboring Minnesota, or by seaplane from Houghton, Michigan alone. Hiking, paddling, and lakefront camping are the chief draws. The park is admirably equipped with a lodge and multiple campsites that run the gamut from roughing it in the bush to lakeside retreat.

When to Go: The only park to close in winter, Isle Royale peaks in July and August for good reason: The weather’s warmer and days are longer.

Don’t Miss: Ranger-led tours explore the park’s natural and cultural history most nights in July and August. Basking in solitude at your own lakefront camp, with just the call of the loon for company, is equally rewarding.

When to Go: Like Glacier, North Cascades is best visited in summer, when snow melt reveals high country paths. Summer is also peak season, however. For fewer crowds, visit in fall or early spring.

Don’t Miss: The portion of the North Cascades Highway (Highway 20) that cuts through the park is especially spectacular in autumn, as the leaves turn color. Be sure to stop for panoramic views of snow-covered peaks at Washington Pass, the road’s highest pass. Get out for a hike on Cascades Pass, a 3.75-mile trail with views onto dozens of peaks, and loads of wildflowers in July and August.

Looking for arid desert landscapes without the crowds? Head to Arizona’s Saguaro National Park instead of Joshua Tree. Towering Saguaro cacti, one of the most enduring symbols of the Southwest, only grow in Arizona’s sun-drenched Sonaran Desert, and the best concentration is found in this namesake national park just 15 miles from Tucson. Their fantastical shapes dot the landscape for miles. Some rise as high as 50 feet and can live to be over 200 years old. The Southwest’s largest collection of petroglyphs is also found here, as well as wildlife synonymous with the region—fortunately, the park’s resident coyotes and rattlesnakes tend to only come out at night, well after the gates have closed. All this, and Saguaro saw just 1,020,226 visitors last year, one-third of Joshua Tree’s 2,988,547, and one-sixth the crowds of the Grand Canyon, Arizona’s most-popular national park.

When to Go: Spring and fall are ideal times to visit, as cooler weather prevails. Colorful wildflowers bloom from March to May. October and November are perfect for hiking.

Don’t Miss: Two scenic drives provide the best (and most-temperate) immersion into Saguaro’s fantastic cacti-filled landscape. The unpaved six-mile Bajada Loop Drive winds through dense stands with trailheads to short hikes and scenic stops, including Signal Hill, etched with the park’s best petroglyphs. The paved eight-mile Cactus Forest Drive loop takes in dramatic peaks and miles of candelabra-shaped cacti. Do get out and wander among them at Cactus Forest Trail, an easy 2.5-mile trail.