The Story of the U.S. Capitol Christmas Tree, An Annual Gift from Our Public Lands 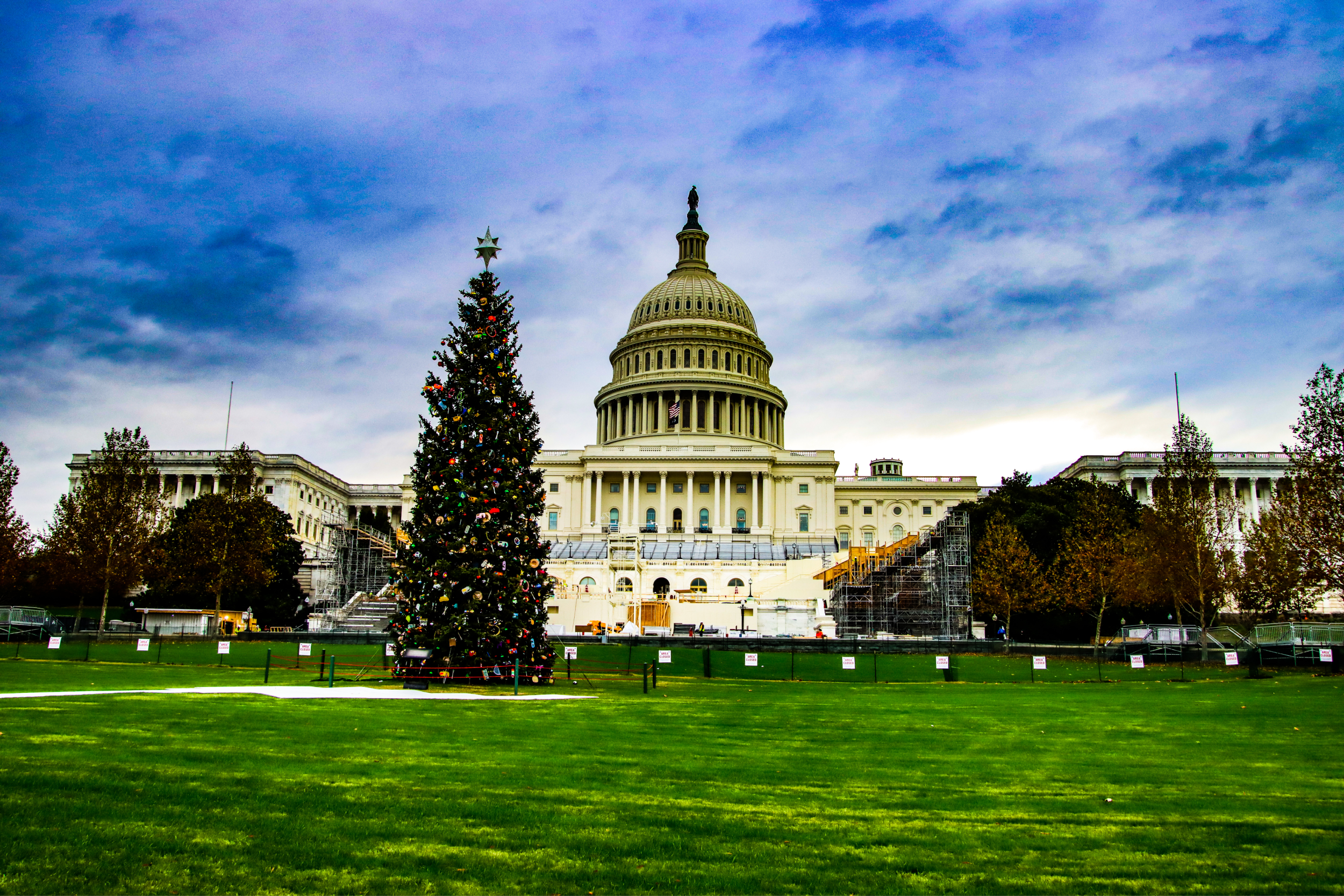 The People’s Tree, as it’s affectionately known, has been sourced from America’s National Forests for the last 50 years. James Edward Mills, the tree’s official photographer, shares the story.

While officially designated as the U.S. Capitol Christmas Tree, it’s more affectionately known to all as the People’s Tree. And for a few short weeks every year, on land first occupied by Piscataway, Pamunkey, the Nentego (Nanichoke), Mattaponi, Chickahominy, Monacan, and Powhatan tribes, it embodies the traditions of many religious faiths as well as our commitment to environmental stewardship for future generations.

As the People’s Tree’s official photographer for the last six years, it’s been my pleasure to capture its annual journey from a cutting site at a National Forest somewhere in America all the way to Washington D.C., in partnership with a non-profit called Choose Outdoors. I’ve also documented the thousands of federal employees, sponsors, donors, volunteers, and well-wishers who make this incredible project possible year after year.

How the U.S. Capitol Christmas Tree Came to Be

The U.S. Capitol Christmas Tree tradition goes back to 1964, when then-Speaker of the House, John W. McCormack (D; MA), suggested planting a live tree on the West Lawn that could be decorated each year. Then-Architect of the Capitol, J. George Stewart, arranged the purchase and delivery of a 24-foot Douglas fir tree for $700 from Buddies Nurseries of Birdsboro, Pennsylvania.

Unfortunately, the original tree perished in 1967 due to root damage from a windstorm. For the next two years, a cut tree was provided by Maryland growers instead. In 1970, however, under the administration of U.S. Department of Agriculture Secretary Clifford M. Hardin, the U.S. Forest Service was officially tasked with harvesting and delivering a Christmas Tree to the American people.

In a tradition that now spans 50 years, the Forest Service has delivered a different tree each year, choosing a new region and national forest for the honor. To date, the People’s Tree has come from forests in 24 states—from North Carolina to Vermont and from Alaska to California. Identified from millions of prospective candidates in vast areas managed by U.S. Forest Service professionals, the final selection is typically chosen for its conical shape and full, sturdy branches.

An Exercise in Partnership and Coordination

Successfully achieving this unique annual mission requires a delicate balance of public and private partnerships working together in concert. As a nonessential expenditure, no taxpayer funds can go towards supporting the processes necessary to bring the tree to Washington D.C. Consequently, this enterprise, with a budget of more than $250,000, is bankrolled exclusively by corporate donors and sponsors, as well as nonprofit organizations like the National Forest Foundation and Choose Outdoors.

Our small team at Choose Outdoors helps coordinate the fundraising, transportation, and travel logistics necessary to harvest and deliver the tree to the steps of the Capitol. It’s a massive project involving the cooperation of government agencies, local law enforcement officers, timber companies, crane operators, and truck drivers. Many project participants work as volunteers.

Handcrafting the 10,000-plus ornaments that accompany the tree—all made by school children, local artists, and craftspeople from the tree’s home state—also requires extensive community organizing to achieve. Working behind the scenes for much of the summer and fall, long before the tree is cut, thousands of supporters and sponsors contribute countless hours of painstaking effort to achieve the final goal of delivering the tree and its decorations to Washington, D.C.

The 2020 People’s Tree Came from Ute Land in Colorado 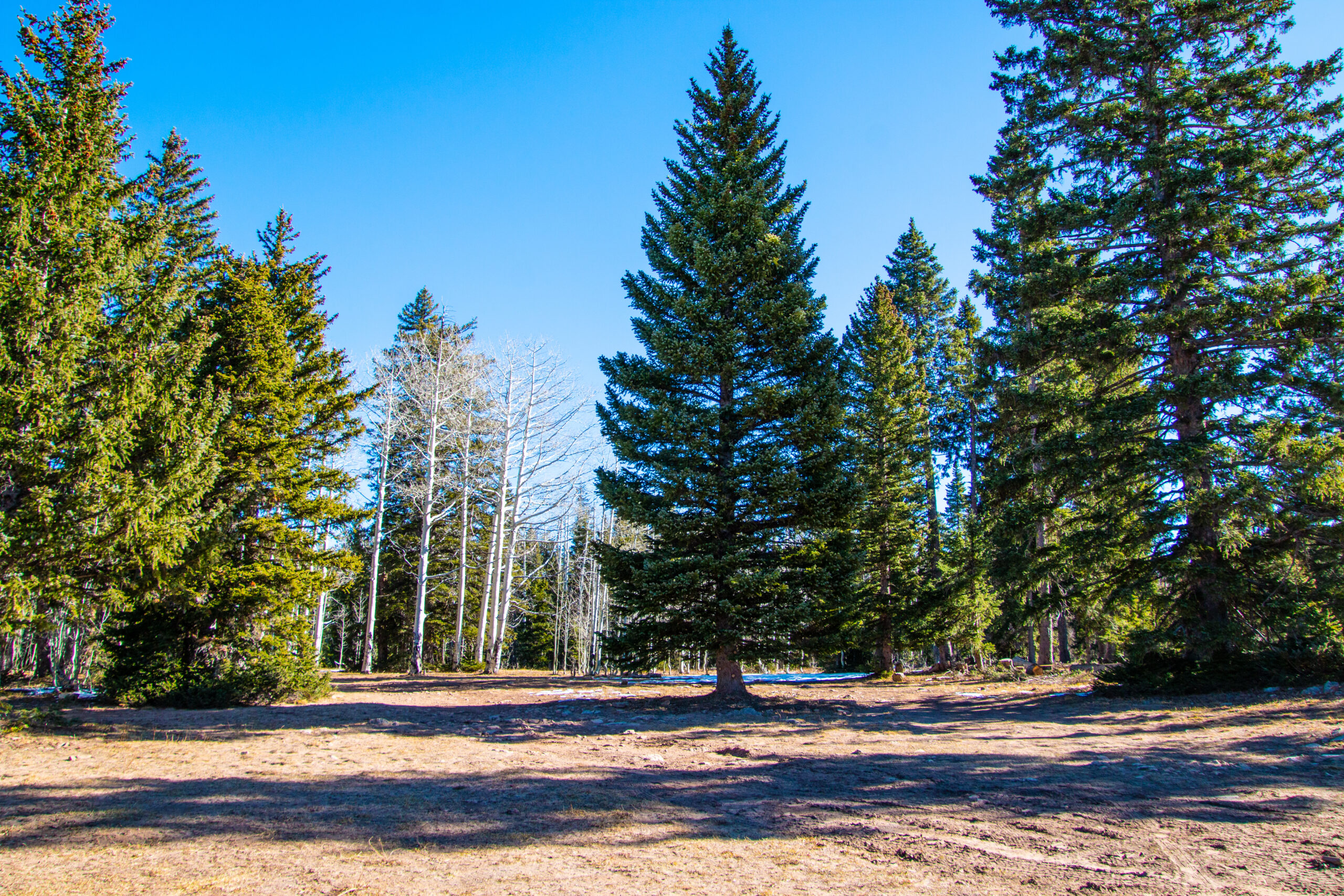 The 2020 U.S Capitol Christmas Tree came from the homeland of the Ute Indian Tribe on the Grand Mesa, Uncompahgre, and Gunnison National Forests of Colorado, a region known collectively as the GMUG. National Forest Restoration Coordinator Todd Gardiner made this year’s selection, recommending an 82-year-old Engelmann Spruce that stands 55 feet tall.

“I’m always up and down on the forest managing projects, so for the last year and a half I’ve had my eyes peeled looking for the right tree,” said Gardiner. “I found a handful of them and then worked with the Architect of the Capitol from D.C. to pick the actual tree. Wild grown trees that grow in such a way that they grow nearly perfect is really hard to find.”

The Architect of The Capitol, the administrator who oversees the maintenance of the U.S. Capitol building and its surrounding landscape, approved Gardiner’s choice and preparations for the delivery of the People’s Tree began. Cut on November 6, and loaded into a plexiglass-enclosed shipping container, the People’s Tree made a long, two-week journey of over 2,000 miles from the Rockies to the capital.

This year’s Covid-19 restrictions on social distancing and crowd sizes meant the tree didn’t quite receive the grand welcome it usually does on the road, but onlookers were still able to glimpse it behind glass on multiple whistle stops along the way. When it arrived in Washington, D.C., on November 20, only a few dignitaries gathered to greet it. But, working safely day and night through the following two weeks, the U.S. Capitol grounds staff decorated the tree and readied it for its ceremonial lighting on December 2, presided over by Speaker of the House, Nancy Pelosi (D; CA).

“For over five decades Americans have come together and especially in difficult times to find joy and seek solace in what was called The People’s Tree,” Pelosi said in her remarks. “Now, tonight, we gather once more before this symbol of peace and hope to give thanks for the many gifts bestowed upon our great nation.”

Lit with a glowing star atop its mighty branches, the U.S. Capitol Christmas Tree shines like a beacon among the National Mall’s grand monuments to the lofty ideals of American democracy, its bright lights and decorations a celebration of our national forests and public lands and the power of charity and fellowship to bring us together. 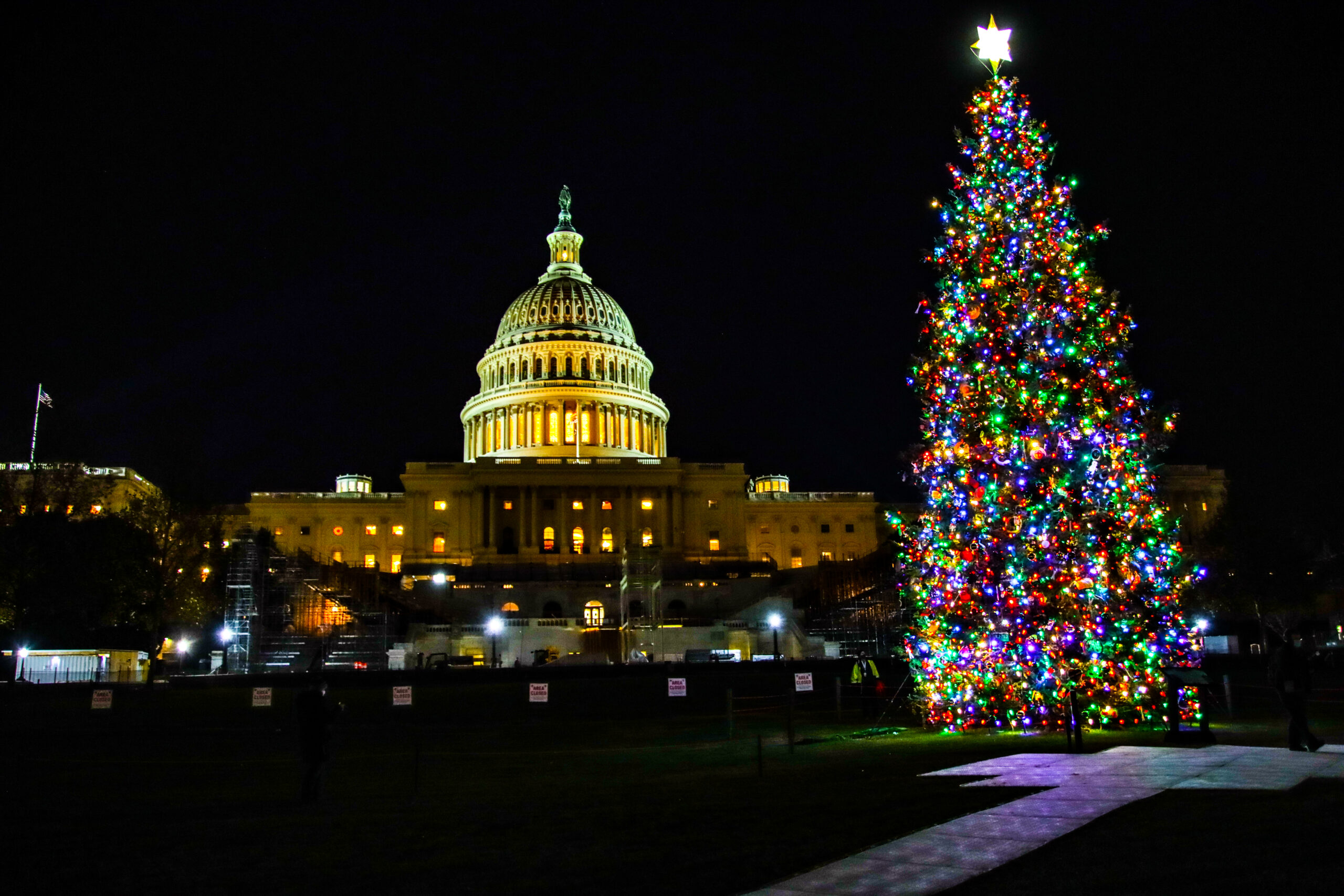 The tree is lit during a December 2, 2020 ceremony presided over by House Speaker Nancy Pelosi (D: CA) Photo Courtesy of James Edward Mills.

The U.S. Capitol Christmas Tree can be seen through January 1, 2021. For more information on the tree, visit USCapitolChristmasTree.com

——–
James Edward Mills is the author of The Adventure Gap: Changing the Face of the Outdoors and the co-writer/co-producer of An American Ascent. He has worked as a guide, outfitter, writer, and photographer since 1989, including serving as the official photographer of the People’s Tree for the last six years. He was named a Yosemite National Park Centennial Ambassador in 2016. Follow him on Instagram and online at The Joy Trip Project.

← You Can Visit Every National Park for Free on 6 Days in 2021 The Proud Legacy of the Buffalo Soldiers, the Black Army Unit Tasked with Preserving our First National Parks →